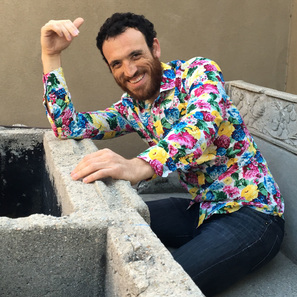 Daniel Robinson has worked in the television business for the last ten years, starting off at an agency and slowly advancing his career by answering phones, giving notes on scripts and delivering kale salads for lunch. He’s worked on Party Down, Off The Map, Private Practice, Scandal, Grey’s Anatomy and is currently scheduled to write his first episode of television for season three of ABC’s How To Get Away With Murder, where he is employed as the researcher.

His debut fiction manuscript First They Ignore You explores the neurosis-inducing slog of building a career in entertainment while using fast food as a debilitating emotional crutch. There’s also a dog. But that’s fiction. In real life Daniel owns a cat named Manifest Destiny. He adopted her ten years ago as a symbol of his westward expansion. She goes by Mani for short. Daniel does not go by Dani.