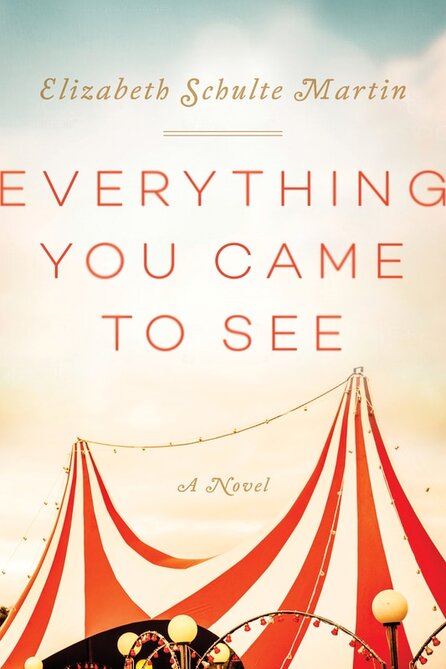 “People say it like a joke, but Henry Bell really did run away from home to join the circus. A talented new performer with a struggling circus, he's found a place for himself among the fire-eaters, tightrope walkers, and contortionists. But no matter how far the show travels, Henry's past is never far behind—the mother he lost, the violent father he fled, the brother he abandoned.As Henry pushes himself to create bigger, better performances, his actions become a wrecking ball to the relationships around him. From his costar, to the former headlining giant of the circus, to the circus manager himself, no one is untouched. Left unchecked, Henry's blind ambition becomes the very thing that could save—or destroy—the circus itself. Unless Henry can reckon with the family and past he's left behind, the spark which drives him to perform may burn out or ignite, —engulfing everyone and everything he loves.
A story of the passion that drives creativity, Everything You Came to See is an unforgettable debut, challenging our ideas of family—and what it takes to rebuild them.”

"This surprising, compelling novel has all the complicated blood and beauty of the circus--where everything is both as it appears, and so much more: the deepest pains of families, the need to be loved and truly seen, the urgency of creativity all folded up inside one another, like a magic act, like life. I was hooked from Henry’s first act, and awed by the insight and compassion with which Martin creates this risky, wondrous world."--Alexandra Teague, author of The Principles Behind Flotation

Elizabeth Schulte Martin holds an MFA from California State University in Fresno, and her short stories have appeared in magazines like Hot Metal Bridge, New England Review, Witness, and Ninth Letter. Everything You Came to See is her debut novel, a piece of midwestern folklore set in the gritty and glittery world of circus.

Elizabeth likes to write love stories that don’t look like love stories, where the magical and mundane are always butting up against each other. She lives with her partner, son, and too many cats in Indianapolis, Indiana.