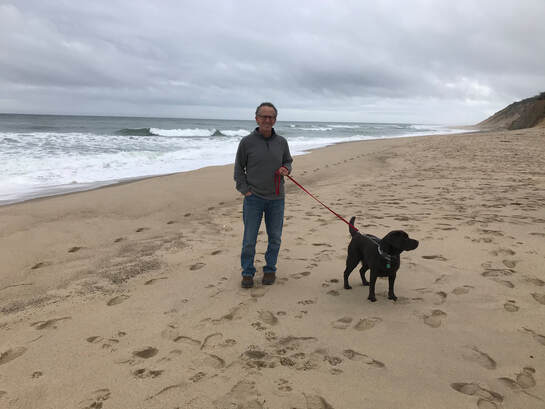 ​Paul Ehrenreich grew up in Belmont, Massachusetts, in a home filled with books. His early influences were Kurt Vonnegut, John Updike and E.L. Doctorow.  When he wasn’t playing sports, he was writing short stories, and took third place in a national short story contest sponsored by Redbook Magazine. He learned quickly, though, that there was no money in writing, so he went into real estate instead, where there was plenty of money. One day, his father said to him, “This real estate business seems nice, but what are you doing for your soul?” The comment stuck with him and he eventually decided to focus on writing again.
He has written one previous novel, “Out With The Tide,” a mystery set on Cape Cod, and is working on two more. He lives in Bethesda, Maryland and Truro, Massachusetts with his wife and dog, Maisie Dobbs, named after Jacqueline Winspear’s detective. His soul is doing fine.

Paul has just completed HURDY GURDY, a fast-paced, contemporary, smart and at times quirky story of Benjamin Weed & Elizabeth  "Izzy" Shockley.  Weed is a college history professor and Izzy is a Yoga enthusiast who often stands on her hands and who buys doughnuts wherever she may find them. Weed and Izzy find a series of letters written in the 1930’s by an American foreign agent who refers to himself as Hurdy Gurdy. The letters are addressed to a famous Italian opera singer named Simona Caselli. ​