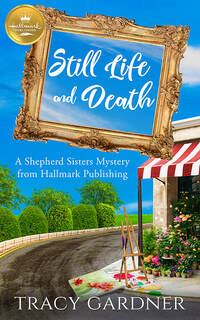 A murder at the flower shop. An uncle suspected by the cops. Savanna and her sisters are on the case.

Savanna Shepherd, a former art authenticator turned grade school art teacher, is delighted when her Uncle Max and Uncle Freddie move to Carson. Uncle Max takes a job at Libby’s Blooms, where Savanna teaches a still life painting class for adults. But one morning, Uncle Max finds a dead body in the rooftop greenhouse…and even worse, it looks like an inside job.

​Savanna and her sisters—Skylar, a lawyer, and Sydney, the owner of a pet shop and grooming salon—dig in to find the real murderer. With their connections to the community and Savanna’s keen eye for details, they uncover longstanding resentments and horticultural clues. Meanwhile, Savanna’s dating local doctor Aidan Gallager, but she worries it’ll cause a scandal, since his daughter is in her class. As Savanna’s investigation leads her into thorny situations, the killer may be arranging another murder: her own. 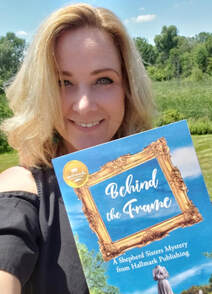 ​​Behind the Frame: A Shepherd Sisters Mystery--Hallmark Publishing

When art in the park leads to murder in the dark, the Shepherd sisters have another crime to solve.

Savanna Shepherd, an art expert turned elementary art teacher, is planning the Art in the Park festival for her hometown of Carson. But apparently, someone isn’t happy that Carson got to host the event: the beloved statue in the park is destroyed. Not long after, Savanna finds the dead body of one of the people on the planning committee.
​
Savanna and her sisters are convinced that the arrested murder suspect didn’t do it, despite strong evidence to the contrary. With the help of Dr. Aidan Gallager, Savanna’s new romantic interest, they uncover hidden resentments and intrigue. Several people in Carson had a motive for the murder. Can they find out which one of them is behind the framing of an innocent person?This intriguing mystery includes a free Hallmark original recipe for Mini Rhubarb Pies. 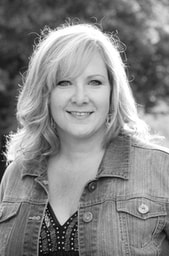 Tracy Gardner is a Metro Detroit native who lives in a small, rural community.   When not writing fiction or traveling the roads in scrubs as a visiting nurse, Tracy enjoys baking up a storm, playing with her fun family and menagerie of rescue pets, and writing her blog, Made in Michigan, an exciting insider's look at Michigan's creative community, highlighting local authors and artists. ​